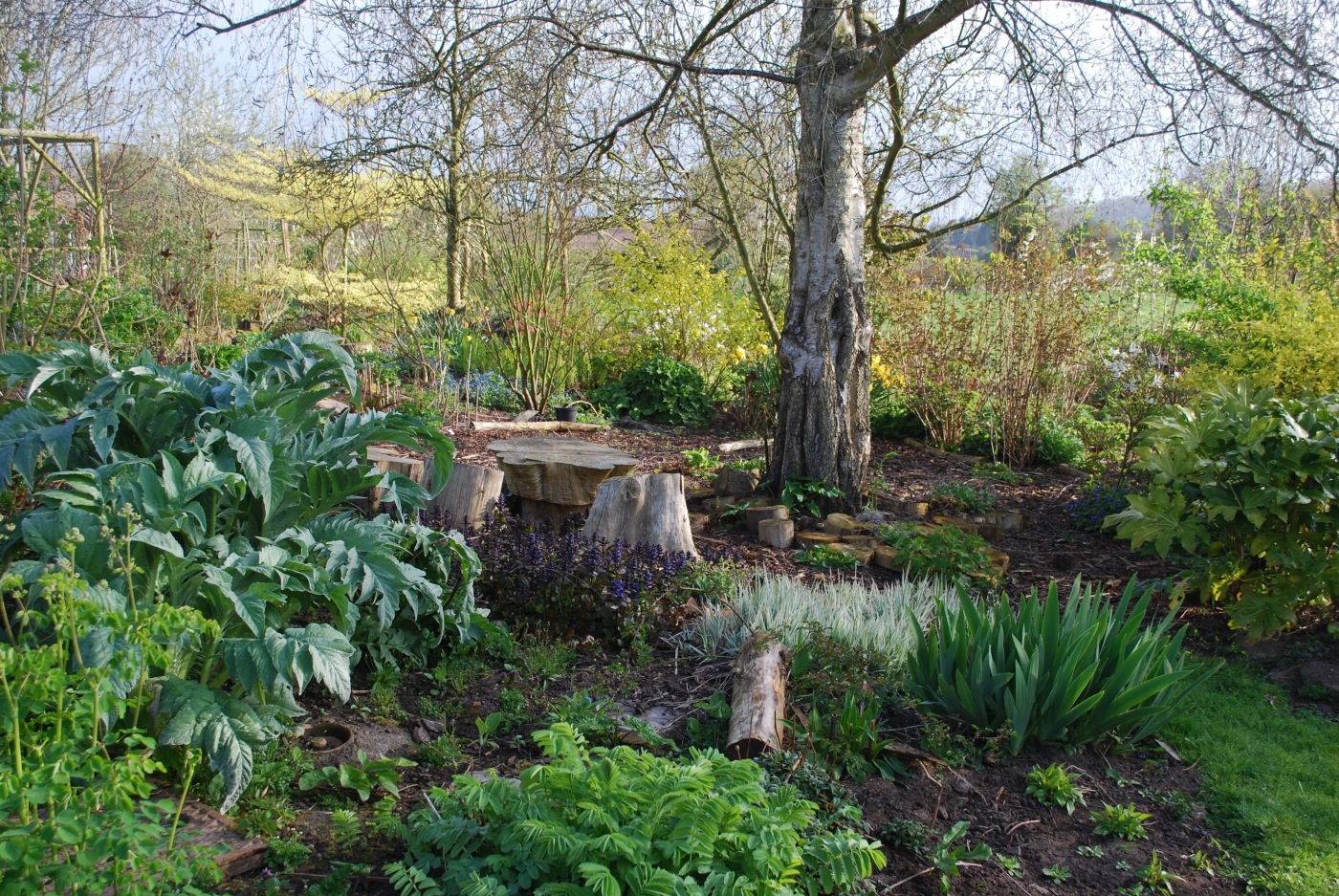 I did intend to write a weekly blog …. but it is the busiest time of year, and I am getting older – a long day in the garden, followed by a soak in the bath and that’s me for the day ! Suddenly everything needs to be done, beds cleared, plants cut back and shrubs pruned that were left in the autumn … and then, of course there’s the green house …. all those packets of seeds ..

Two of my favourite early stars are Exochorda macrantha ‘The Bride’ and Akebia . They both drip with flowers and have a mass of globular buds . Both are looking fantastic this year.

I love all the new foliage as it unfurls and unfolds at this time of year. Hostas, ferns, acanthus, cardoons have a freshness  that only happens now. Tulips and allium leaves  have a lush, fleshy quality.  Early morning and late afternoon sunlight makes the range of greens  almost luminous. 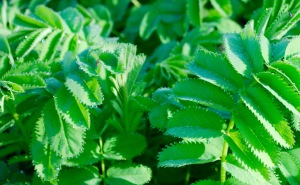 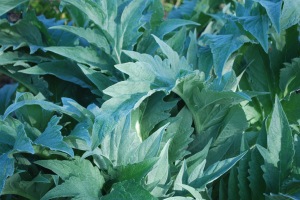 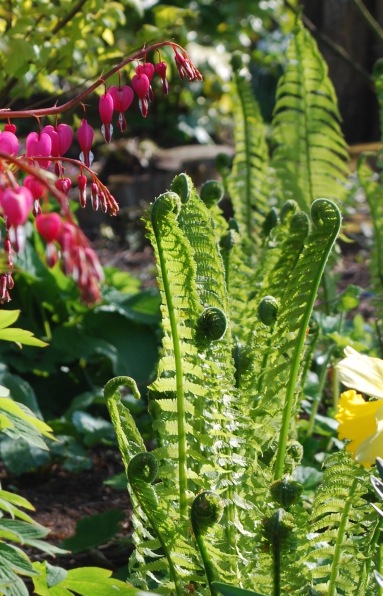 The garden changes daily, it is an exciting time of year ! And at times disapointing – a treasured plant decides not to appear for no apparent reason. But then something else will appear to be flourishing that has struggled previously. It seems to me that gardens are a mirror for our lives – you never have everything at once ! Every year there will be a   different combination of conditions – weather, pests e.t.c Some plants will thrive other’s won’t – it really is as simple as that. Sometimes we find explanations other times we don’t . And there are always mysteries !

Two years ago I couldn’t understand why I kept finding tulips discarded in the garden, pulled out of the beds, and much damage to anything nearby. Not enough damage for a badger … then I watched a cock pheasant as he used his beak rather like a digger with strong sweeping movements, creating a curved channel to a tulip bulb … he pulled at the bulb till it came out of the ground and then abandoned it … We have always lived in gardens with Pheasant visiting and never seen them do that before !

In temper I dug up all my tulip bulbs before he could cause any more damage to the garden, plugged them into large pots and stored them near the greenhouse … to my shame I forgot about them and the mice feasted on them over winter….Last year I decided not to plant any. A sad spring as I love tulips. This year I thought I would try again ….  !!!!

Just a few ……and am so pleased to report that the majority seem to have grown … again one or two ‘mysteries’ …. I know I didn’t order the fringed tulip – they look fine from a distance, but close up resemble something that has been nibbled by a small rodent …. and the one [ and only ] bright orange tulip amongst them would not have been on my colour pallet … it shines like a beacon from wherever I look in the garden – your eye is drawn to it …. it is a spectacular tulip, just not wanted where it is …

And why have all the late and mid season tulips  I ordered flowered so early – all at the same time ?!? So much for the frothy mix of myosotis and tulip blooms – they will all be over well before the haze of tiny blue flowers appear …. 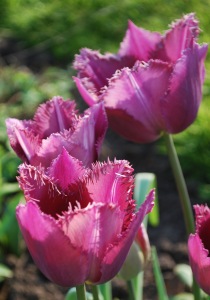 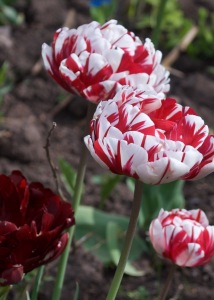